A hallowed late summer ritual in kitchens across Nebraska.

Here’s a corny riddle for you. Is corn a vegetable, fruit or grain? The answer is yes!! Scientifically it’s a fruit because it’s a structure to bear seeds. However, in agriculture it’s considered a cereal grain because corn is a grass harvested for its kernels. Most corn is field corn, harvested after the plant is fully mature and the kernels have had time to dry out. This type of corn can become cereal, popcorn, corn meal, cooking oil, sweeteners, or even fuel depending on how it’s processed. The possibilities are endless.

But mention “corn” and most of us think of sweet, delicious corn on the cob dripping with butter or the familiar happy yellow kernels as a favorite side dish. In this form, it’s a popular vegetable! The sweet corn season is fleeting, so at our house we enjoy it to the max for a few weeks each year. OK, I’ll be honest. We gorge on it like pigs when we can buy it fresh and locally grown, the more recently picked the better. Still, I always like to “put up” some to enjoy during the fall and winter months.

Not sure where that expression came from, but here in Nebraska “putting up corn” generally means freezing it to enjoy later. It’s simple but a bit messy and labor intensive. Do it anyway because everyone will be SO glad you did! When you serve it at Thanksgiving dinner they’ll want to kiss you on the lips, trust me on this one. It’s light years better than the store bought stuff and it will disappear!

There’s no “recipe” for freezing corn, all you need is water to cook it in and bags to freeze it in.

I like to shuck the corn outside because it’s messy when you do this many at once. Remove as much silk as you can while still outdoors. This go round I did five dozen ears but usually each bag contains a “farmer’s dozen” or 13 ears. It’s a much quicker process for two people but my daughter and I had already put up one larger batch earlier. I’m planning ahead for the increasing appetites of growing grandkids and wanted to have some extra in the freezer. So this time, I flew solo.

Fill a big stockpot with water and start it boiling. Take corn to the sink and use a soft brush to remove the stray silks but don’t get too carried away thinking you have to pluck every single one as if they were grey hairs. Believe me, it’s ok if some remain.

Plop six or eight ears in the boiling water and leave them in about 3 minutes, just long enough to let the kernels go from pale to golden yellow. It doesn’t need to cook, just blanch. Blanching completes the cleaning process, stops the enzyme action that can cause it to lose flavor, makes the corn brighter and helps retain vitamins.

See how much brighter the corn looks after blanching?

Silicone tongs are great for removing the hot corn from boiling water. Now dump the hot ears into a sink full of very cold water until cool enough to handle. You probably will need to keep adding cold water. Lather, rinse, repeat. Just kidding. No lather please, just keep going until all the corn has been blanched. As the corn cools, the coolest ears sink to the bottom. Grab them , shake off the excess water and start cutting the kernels off the cob. Here’s how I do it with a serrated bread knife.

When the pan is full, start bagging.

Use ziploc type bags made specifically for freezing. I like to use quart size bags. Each holds about about 2-3 cups of corn. Typically a serving size of corn is 1/2 cup but who are we kidding? It’s corn. We like it. A lot!

Squeeze as much air out as you can and use a clean damp dishcloth to clear off any corn that gets in the way of the zipper. Lay flat, squish out more air. As you do, you’ll be separating the kernels,too. Make sure the bag is zipped tight, label and lay flat in the freezer til frozen solid. Once frozen you can stand them up like slices of bread and they will not take up much room.

Each average ear will yield about 1/2 cup of corn. This batch of sixty five ears of corn became 12 quart bags of frozen corn. It will keep in the deep freeze until next summer but will still be safe to use after that. Cook it like you would “store bought” corn on the stove or in the microwave.

It’s perfect to add to chowders, casseroles, or soup, any recipe calling for whole kernel corn. Make a killer black bean and corn salsa or corn salad using it right from the freezer. Simply defrost.

And wait til you see what I did with all those cobs!! Stay tuned for “Putting Up Corn, the Rest of the Story!”

Before I leave you, may I indulge in one more little bit of scientific nerdiness and my belief that everything is a miracle?

It blows my mind to think that each and every single kernel in an ear of corn had to be pollinated by the wind, with just one tiny grain of pollen traveling down one delicate strand of silk just to fertilize that one kernel that tastes so sweet. A perfect ear of corn is a triumph of creation. There’s definitely a reason that many Native American cultures respected the “miracle of corn” and offered prayers with its pollen. Just another reason to love corn. And life. P.S. And you better believe I love you, too.

If you haven’t already, check out my Facebook page where I’ll be posting easy, delicious and family-friendly recipes every week!

GB's Kitchen is for everyone that has to eat.Who does that leave out? Cooking or meal preparation of some kind is a necessity but it doesn't need to be ...

END_OF_DOCUMENT_TOKEN_TO_BE_REPLACED 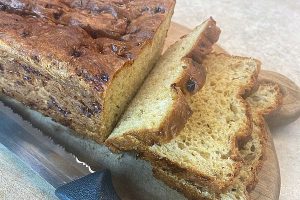 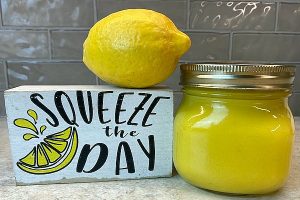 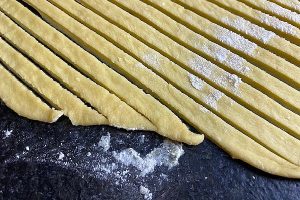 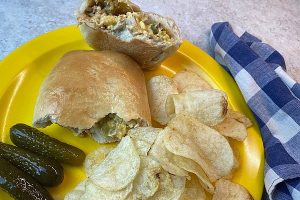 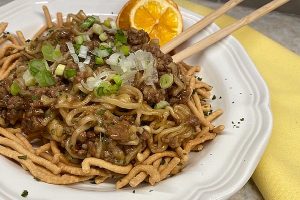 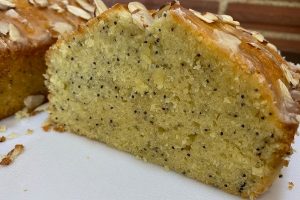